Now, I happen to be a classic rock fan (in addition to other music) and one of my favorite groups has always been Foreigner, a name many others (classic rock fans and non-fans alike) are likely to have heard of. Some of my favorite songs by them include “Juke Box Hero,” “Hot Blooded,” “Cold as Ice,” and “Double Vision;” just  anything off the album Double Vision, to be honest. So, I decided to do a cover redesign for the album, inspired by the song’s title (not so much the lyrics) and what many might think of when the see “double vision.” 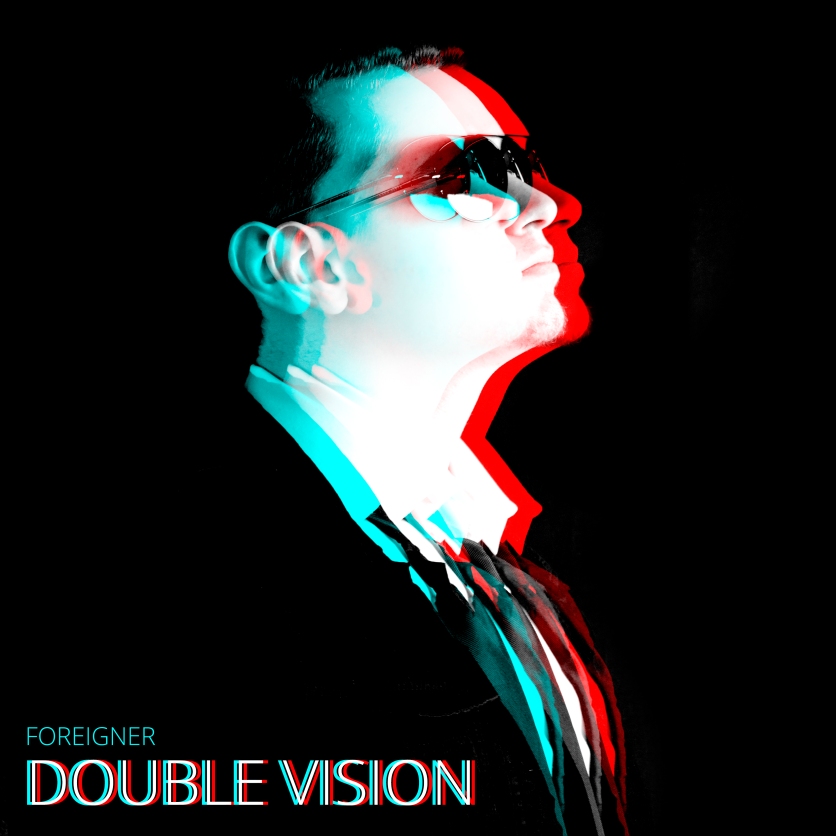 Above is the final result, after asking one of my friends to pose for me and some post-processing to give it a faux-stereoscopic 3D effect. My logic behind the design was simple: when I consider double vision, I picture someone, slightly disheveled, reeling around as the world spins by in colors. Unfortunately, I felt that reeling around in a bunch of colors wouldn’t really make a great concept for this album, so I decided to go with something a little simpler: double vision in the sense that seeing an older 3D movie is almost like having double vision. You get the kinda of mesmerized feeling from the red and cyan overlaid on the original image.

After much putzing and eventual Googling, I stumbled upon this tutorial at Photoshop Essentials that helped me get the adjustments just right. As for my image being actually 3D, I’m not certain, as I didn’t have a pair of glasses around to test it. If I happen to stumble upon some, though, I’ll hurriedly run to the computer and inspect the image to see if it truly works. I really enjoyed experimenting with 3D, and I plan to look into it more in the future as a possibility for my photography. Stay tuned for more updates, and until next time, thanks for reading.

Note: If you’d like to learn more about Foreigner, their website is a great place to start. Also, iTunes is a good place to preview some of their music (they’re also available on Spotify, if you prefer.)